While the vast majority of Department of Music alumni attended as graduate students, it is two undergraduate alumni, both of whom hail from Long Island, who are going from success to success in the world of opera.  Christine Goerke earned her BA in Music under the tutelage of Elaine Bonazzi in 1994, and Christian Van Horn earned his with Richard Cross in 2000.  Today, both are singing major roles in prestigious opera houses around the world.

When Christine Goerke began her undergraduate studies, she had a very different career in mind; she was an education major, concentrating on clarinet, at SUNY Fredonia.  This only lasted one semester, followed by one semester at Suffolk County Community College, before she moved to Stony Brook.  She had already started to become interested in singing while at Fredonia, and this became her focus once at Stony Brook.  Professor Emeritus Peter Winkler remembers her in a theory class, where she was particularly entranced by Marie’s lullaby in Wozzeck.  When she expressed a desire to sing it, Peter remembers thinking, “Oh, isn’t that sweet; this undergraduate would like to sing Marie’s lullaby.”  She soon proved, if not quite yet up to the task, that she was in possession of the raw material that would blossom into the dramatic soprano she has become.

While at Stony Brook, David Lawton cast Goerke to sing Asteria in Handel’s Tamerlano and Fiordiligi in Mozart’s Così fan tutte – a role she later sang in the Houston Opera opposite operatic lyric-coloratura mezzo-soprano Joyce Di Donato.  Of his casting choice, Lawton said, “Normally we would not cast an undergraduate in a leading role, but her talent was exceptional and extraordinary.”  Upon graduation, her talent was noticed and nurtured in the Metropolitan Opera’s Young Artist Program, and she joined the company’s roster as a soloist in 1995.  Her career has progressed like a fairytale – she was a rising star in the late 1990s, singing Mozart, Handel, and Gluck; she received American opera’s highest honor—the Richard Tucker Award—in 2001.  But trials soon followed.  Early in the 2000s, she became uncomfortable in her voice. She sought out vocal coach Diane Soviero, who pinpointed the source of her discomfort – a separation from her support.  As Goerke reconnected with her support, the voice that emerged was her new, much bigger soprano, ready to tackle Strauss and Wagner.

Challenges overcome, she is going from strength to strength, with highly-praised performances, especially of Die Färberin in Die Frau ohne Schatten at the Met, where she received one of the biggest ovations in recent years, and soon after was booked to sing Brünnhilde in the 2018-19 season Ring cycle.  This summer, her engagements have been for concert performances.  In June, she sang opposite Simon O’Neill in Wagner Gala with the New Zealand Symphony Orchestra (who employ at least three Stony Brook alumni as regular casual players[i]), under Pietari Inkinen.  In August, she is soprano II for Mahler Symphony No. 8, with the Boston Symphony Orchestra (who employ at least one Stony Brook alumni[ii]) under Andris Nelsons at the Tanglewood Festival.

Reflecting on her time at Stony Brook, Goerke, says “I was incredibly lucky to have been in such a nurturing place; the teachers looked out for me in ways that I couldn’t possibly have hoped for.” 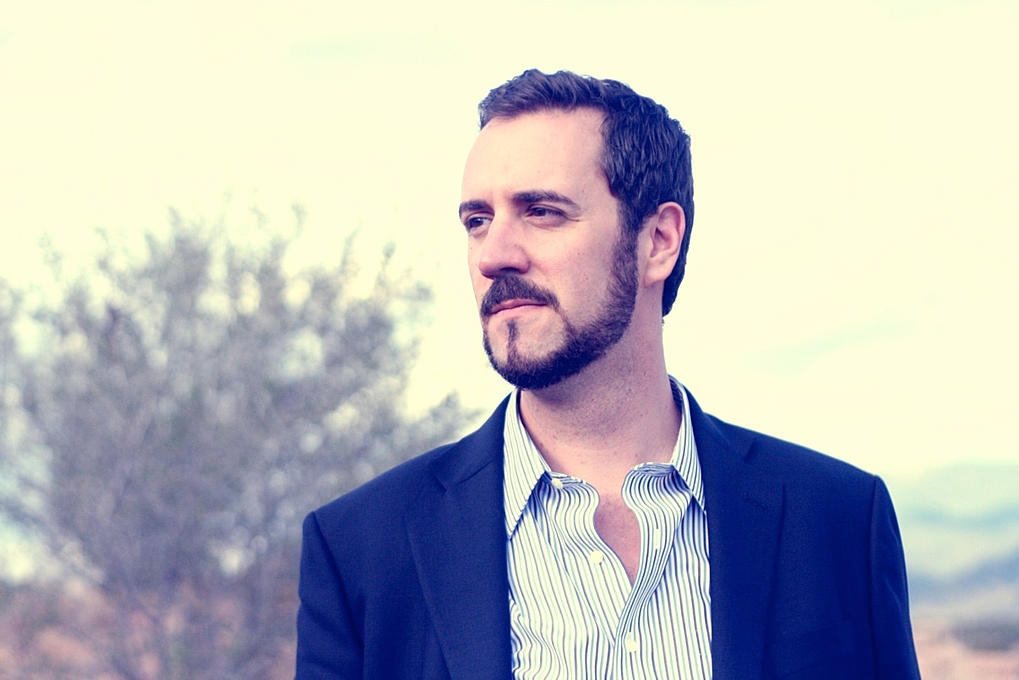 Christian Van Horn sang from an early age – in church choir, then in school musicals (which, by his own admission, he initially participated in to meet girls).  Though he got started singing when he was young, it was not until he got to Stony Brook that he was exposed to opera, and found a suitable home for his deep, resonant voice.  His one and only voice teacher was Richard Cross, first at Stony Brook, then at Yale where he completed his Master of Music and Artists Diploma.  Of Cross, Van Horn say, “I study with him to this day.  He provided me with the solid foundation on which my technique is built.  He brought his world class experience and expertise to my lessons every week and gave me all of his time.  Trying to soak up as much as I could, I learned as much out of the lesson room as in [it], and he graciously entertained my endless questions.  He was the one that instilled in me my work ethic, which is essential to success as a musician and never has a day passed since that I don’t get my work done.”  It was Cross who told him that he thought he could sing opera for a living.  “We spent many hours together and I endlessly grilled him about the business and singing as a profession.”  Cross’s experience, encouragement, and professional know-how paid great musical dividends for Van Horn.

Following his time at Yale, Van Horn was a member of the Ryan Opera Center with the Lyric Opera of Chicago for two years.  He remains a favorite there, and also at the Bayerische Staatsoper, where he was on the ensemble roster for two years, and with San Francisco Opera, where, in the 2014-15 season alone, he was in six different productions.  He has also made house debuts throughout Europe and the U.S., including his Met debut in 2013.  He is establishing himself in signature roles, such as Colline in La Boheme, which he has sung in 13 productions, and widely praised for his performances of “Vecchia zimmara”; Figaro, which he has sung in four productions and on the Sony Classical Records album with conductor Teodor Currentzis; and the four villains in Les Contes d’Hoffmann, in which his “Scintille, diamant” has been singled out for especially high praise. 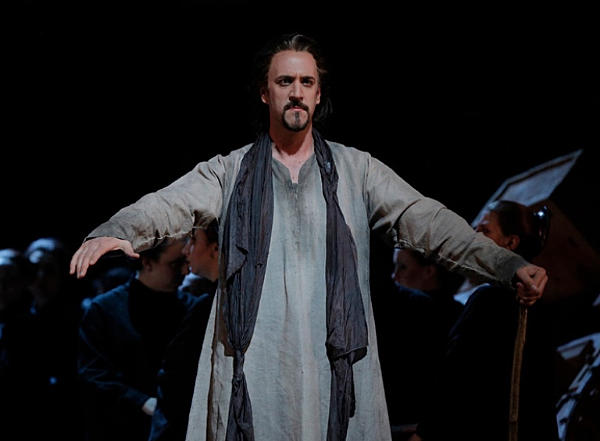 Van Horn says “My time at Stony Brook was huge in my development.  I was also allowed to be in the Opera Ensemble while an undergrad and sang my first roles (Benoit and Alcindor) in La Boheme with David Lawton at the podium.  Stony Brook really provided me with the environment and motivation to be a musician at the highest levels.”  Van Horn’s recipe for success serves as good advice.  He endeavors not to be noticed, at least not for the wrong reasons.  He is sure always to be on time, and to be absolutely prepared for his role, treating any role like a major lead.  This summer, he finished his season with the San Francisco Opera (who employ at least four Stony Brook alumni[iii]), performing Narbal in Les Trojens and Feldmarshal in La Ciociara.  In August he will be making his debut with Seattle Opera (who employ at least one Stony Brook alumni[iv]), performing Zaccaria in Nabucco.

Wherever you have settled in the world, chances are one of these opera stars will be performing near you soon.  Check their websites for upcoming appearances.