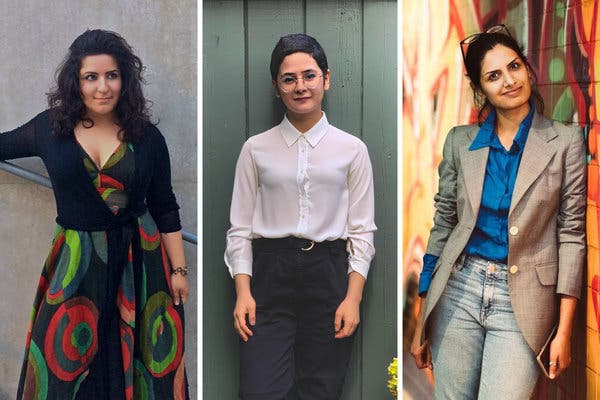 Richard Kessler, Executive Dean for the College of Performing Arts at The New School announced today that artist-engineer Levy Lorenzo has been appointed Assistant Professor of Creative Technologies for the college. In this role, Lorenzo will develop and teach new programs and curricula across Mannes School of Music, the School of Jazz and Contemporary Music, and the School of Drama. He will also pioneer new performance opportunities that engage student musicians, composers, actors, directors, and other artists across The New School in technology-inflected work.

“I am overjoyed and humbled to join the forward-thinking community at The New School to establish new learning experiences and opportunities towards the study of creative technological practice.” said Lorenzo. “It is the logical progression in cutting-edge performing arts education to prepare the next generations of graduates to emerge as technology-empowered artists.”

The hiring of Lorenzo as Assistant Professor for Creative Technologies is another step in the further integration of Mannes, Jazz, and Drama, and aims to establish creative technologies as a core part of the curricula for all students at the College of Performing Arts. In this new role, Lorenzo will not only develop and teach new courses but will also lead the advancement of technology-infused creative practice as an area and body of work across the college and the larger New School campus. This will include project development, curation, performance, and most importantly, the development of a comprehensive yet ever-evolving curricular vision where the use of technology is a central component of the learning and development process for performing artists and makers of all kinds.

“It is a true pleasure to welcome Levy to The New School,” said Richard Kessler, Executive Dean for the College of Performing Arts. “I have been a big admirer of Levy’s work for a long time and have been deeply interested in the ways that he expands sound and theatrical worlds through technology and experimentation. We are eager to watch Levy’s work as he brings new forms of expression and performance to our students at Mannes, Jazz, and Drama.”

As a performer/practitioner himself, Levy Lorenzo is no stranger to the integration of technology and performance. Lorenzo, whose work The New York Times described as a “potent force on the side of exuberance, pleasure and awe of virtuosity”, has a body of work that spans custom electronics design, sound engineering, instrument building, installation art, free improvisation, and classical percussion. With a primary focus on inventing new instruments, he prototypes, composes, and plays live electronics. As an electronic art consultant, he designs interactive electronics ranging from small sculptures to large-scale public art installations with artists such as Alvin Lucier, Christine Sun Kim, and Leo Villareal.

As a percussionists/electronics performer, Lorenzo co-founded the experimental theater/electronics duo Radical 2 with Dennis Sullivan and recently released a duo album Q with trumpet virtuoso/improviser Peter Evans. As a sound engineer, he specializes in the realization and performance of complete electro-acoustic concerts with non-traditional configurations. One of his main engineering engagements is Claire Chase’s Density 2036 project. Lorenzo is also a core member of the acclaimed International Contemporary Ensemble (ICE), where he fulfills multiple roles as technical director, electronicist, and percussionist. Congratulations to Eric Lemmon, Stony Brook Ph.D. composition student, on being awarded a Fulbright Scholarship. In Eric’s own words:

“The Fulbright will be conducted at the Züricher Hochschule der Künste in Zürich, Switzerland. While there I will be developing a participatory algorithmic computer music system that explores the politics of audience participation under Patrick Müller and Martin Neukom as my Ph.D. thesis work. I will be working at both the Institute for Computer Music and Sound Technology and collaborating with faculty and students in the Transdisciplinary Program.” Stony Brook University Professors Lisa Muratori and Margaret Schedel collaborated on a project that was recently profiled in Wired — Our Ears Are Unlocking an Era of Aural Data.

Muratori, an associate professor of physical therapy from the School of Health Technology and Management, works with patients that suffer from neurological conditions such as Parkinson’s disease, which may affect their strides. Her solution for helping them determine when their gate is off? She put sensors in their shoes to create a data stream, but the problem was how to translate that information to her patients.

That’s when she turned to Schedel, an associate professor in the Department of Music, and the they collaborated on a software that alerts patients to changes in their stride by distorting the sound of whatever they are listening to on their earbuds.

As stated in the article, “It’s an example of an intriguing new evolution in our big-data world: sonification, expressing data through sound.”

Congratulations to Niloufar Nourbakhsh, recently announced as a winner of the Second Annual Hildegard Competition for Female, Trans, and Nonbinary Composers from National Sawdust National Sawdust, the renowned Brooklyn music incubator and performing arts venue, has announced the winners of its second Hildegard Competition for emerging female, trans, and nonbinary composers: inti figgis-vizueta of the USA, Niloufar Nourbakhsh of Iran, and Bergrún Snæbjörnsdóttir of Iceland. All young professionals at the start of their careers, the three winners will be honored in concert on June 4 at National Sawdust, where their newly commissioned works will be premiered by the National Sawdust Ensemble, anchored by cellist Jeffrey Zeigler and making its formal debut under the baton of Lidiya Yankovskaya. By creating new opportunities for female, trans, and nonbinary composers, and by exploring the myriad mechanisms by which gender impacts the ways music is perceived, the competition illustrates National Sawdust’s extraordinary commitment to amplifying voices underrepresented in the world of new music.

The inauguration of the Hildegard Competition sought to redress a serious imbalance. As The Guardian reports, of 1,445 concerts presented at major venues around the world last year, only 76 featured compositions by women. Similarly, Bachtrack found that just 13% of the contemporary orchestral works performed worldwide last year were written by women. Since the award’s founding in 1943, only 14 out of 138 finalists for the Pulitzer Prize for Music have been female, and only seven women have won. As for trans and nonbinary composers, comparable figures are hard to come by, presumably because they have yet to be formally tracked. As the Los Angeles Review of Books put it, “As we take action to rectify the disturbing gender disparity in the music industry, let’s also include trans and non-binary musicians who deserve equal access and opportunity alongside cisgender women and men.”

Last season, by explicitly soliciting submissions from nonbinary composers and assembling an all-female team of composers to judge the competition and provide follow-up mentorship, National Sawdust succeeded in creating a singularly safe and nurturing environment for composers typically failed by the system. For its second season, the mandate of the competition was expanded still further. The 2018-19 edition cast an even broader, more inclusive net, expressly inviting submissions from trans composers. To reflect this increased diversity, and better enable the judges to serve meaningfully as both mentors and role models, this year’s team has been expanded from three to five members, comprising trans female composer Gavin Rayna Russom as well as cis female composers Angélica Negrón, Tania León, Pulitzer Prize-winner Du Yun, and National Sawdust Co-founder and Artistic Director Paola Prestini.

The three 2018-19 Hildegard Competition winners were drawn from a substantial pool. After announcing the competition in October, National Sawdust received no fewer than 142 submissions from emerging composers in Argentina, Australia, Canada, England, Estonia, France, Germany, Ireland, Israel, Mexico, Scotland, Serbia, Turkey, Uruguay, Wales, and 24 of the United States. To demonstrate their career progress, all applicants certified that they met two of the following three criteria: that they had received no commissions of $5,000 or more, that there were no commercially released recordings of their work, and that there had been no performances of their work by a professional ensemble (except within a university setting). The applicants were then judged on their past compositions and on their curriculum vitae, personal statement, and description of the work they would compose if they won. In an attempt to remove the barriers traditionally faced by composers, neither letters of recommendation nor application fees were required.

Winning composers inti figgis-vizueta, Niloufar Nourbakhsh, and Bergrún Snæbjörnsdóttir will now each be commissioned to write a new work for performance and professional recording at the June 4 concert, and subsequent release on in-house label National Sawdust Tracks. As well as composing for chamber ensemble and electronics, as stipulated last season, they now have the option of submitting a vocal composition. They will also receive coaching and mentorship from the five judges, and will each receive a $7,000 cash prize.