DMA Candidate Ju Hyeon Han won the President’s Award to Distinguished Doctoral Students,  and will present a synopsis of their research (geared to a non-specialist audience) at a symposium held in conjunction with the Graduate Awards Ceremony. One of the winners will be asked to give a commencement speech at the Doctoral Hooding Ceremony.

Ph.D. Candidate Matt Brounley won the President’s Award for Excellence in Teaching by a Graduate Student, and will be invited to participate in the August 2019 Workshop for New Teaching Assistants, presented each year to new doctoral students during graduate orientation events.

Renowned American mezzo-soprano Elaine Bonazzi passed away on Tuesday, January 29, at the age of 89. 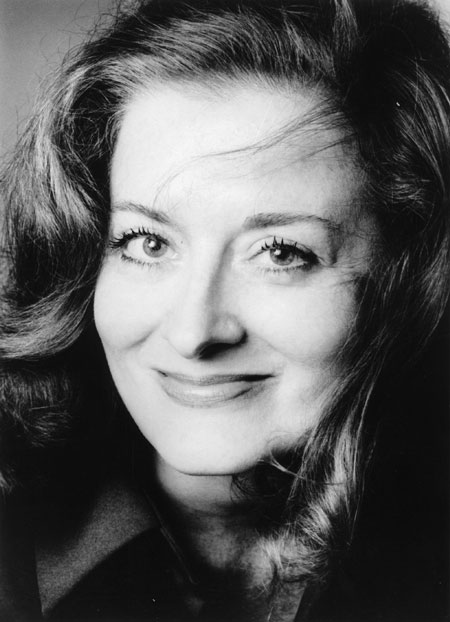 During her long career on the stage from the 1950s into the 1990s, Elaine Bonazzi performed in opera houses in the U.S. and abroad, such as the Santa Fe Opera, the Washington National Opera, the New York City Opera, the Opera Company of Boston, as well as at the Dutch National Opera, the National Theatre in Belgrade, the Palacio del Bellas Artes in Mexico City, and the Festival dei Due Mondi in Spoleto, Italy.  She was closely associated with the challenging contemporary opera, presenting more operatic premieres than any other American singer.  She was often sought after by the composers of her day—Igor Stravinsky, Copland, Carter, Sondheim, Argento, Chavez, Menotti, Rorem and Thomson—to perform their works.

Elaine joined the Stony Brook faculty in 1987 and was a core member of the Department of Music, teaching voice, until her retirement in 2012.  Parallel with her remarkable artistic success on the world’s stages was her transformational effect on her students.  In a post on Facebook, Christine Goerke, who has gained attention as one of the greatest opera singers of our day, credits Elaine with changing her life.  In addressing Elaine, she wrote on Facebook, you are “the woman who saw me through debuts in my early years, who helped me through college struggles, who gave me my foundation, and celebrated with me when I was invited into the Young Artist Program at the Metropolitan Opera.   Who was on the other end of the phone nearly every night for the first six months after that invite when I called in tears telling her I didn’t belong there.”  She continues, you are “the woman who had me for dinner at her apartment more times than I can count, and sat at the little circular table in her kitchen with a cup of tea consoling me when I felt like I just couldn’t do it,” concluding, “she has touched so many lives, and I would not be who I am today without her knowledge, grace, goodness, light, immense talent, and boundless love.”

“Life changing” is how many students view Elaine.  Soprano Rachel Schutz, who, like Christine, came to Stony Brook as an undergraduate, acknowledges the profound influence she had on her direction.  “I can honestly say that my life would look nothing like it does now without  Elaine,” she writes.  “I moved to the States specifically to study with her and almost all of the personal and professional things that have happened over the last 15 years stem directly from that choice and thus from her. Elaine was one of those people who radiate humanity and light.  She was the first to congratulate, to laugh, to sympathize, she was immeasurably kind and supportive, and she truly shaped the musician and human that I am today.  I am so grateful for the time spent with her and miss her dearly already.”

Faculty remember Elaine with equal fondness.  Executive Director of Stony Brook Opera, David Lawton, credits Elaine with the “development of a really first-rate vocal program” at Stony Brook, where “she also played a leading role in the development of a rigorous and comprehensive vocal curriculum.”  He continues, Elaine was “deeply dedicated to her students, and took a real interest in their development in the profession.  Elaine cared passionately about performing and teaching,” he concludes, “and I feel blessed to have known her and worked so closely with her.”

Pianist Gilbert Kalish recalls his pleasure on her appointment at Stony Brook.  “I was lucky enough to be on the search committee that chose Elaine to join our faculty.  She both charmed that committee and demonstrated brilliantly what a superb musician, singer and teacher she was.  I had the good fortune and privilege of performing some Britten songs with her at Stony Brook.  Even as a seventy year old, she had an astonishingly rich and vibrant voice.  Over the years, she was a ray of sunshine, and it was always a highlight of my day to meet and chat with her in our little office.  It was also a sad day for me and the department when I went to see Elaine in her apartment and discussed with her and Jerry the inevitability of her retirement.  It is hard to believe that this remarkable person is no longer with us.”

Perry Goldstein, chair of the department, remembers Elaine with great affection.  “Elaine was here when I first arrived at Stony Brook in 1992, a little bit in awe of our famous performance faculty.  What I remember best about her is how kind and encouraging she was to a young-ish junior colleague, how quick and a little wicked was her sense of humor, and how genuinely warm she was to everyone around her.  She contributed greatly to the atmosphere of support in the department, one that continues to this day due to the quality of foundational faculty—as artists and mentors—like Elaine.”

A graduate of the Eastman School of Music, Elaine pursued her studies at the Juilliard School.  In 1963, she married celebrated cellist Jerome Carrington, who survives her.  Before coming to Stony Brook, she was on faculty at the Peabody Institute of Music.

A service to celebtate her life was held in Barre, Vermont.   Memorial contributions in her honor can be made to the Elaine Bonazzi Scholarship Fund, Department of Music, Stony Brook University, 100 Nicolls Road, Stony Brook, NY 11784